Curaçao is a melting pot of different nationalities. All who influenced Curaçao’s culture in their own way. The presence of foreign nations was so pertinent in the local culture that even the flag of Curaçao reflects this. You can see the influences of the local culture in the language, cuisine, traditions, values, religions, and pretty much any aspect that forms Curaçao’s culture. To appreciate and understand Curaçao, when visiting, you must know which nations and their traditions that reached the island and remained engraved in its day-to-day.

Perhaps the most obvious influence on Curaçao’s culture is by the Dutch nation. Curaçao is a constituent country in the Dutch Kingdom, has adopted the same political system and traditions as the Netherlands. Since we’re so closed to Latin-America, specifically Venezuela, people who hear of Curaçao for the same time often expect the country to either be part of Venezuela or have the same political climate as a Latin-American country.

While the island is not a copy-paste of life in the Netherlands, it has a lot of resemblances. The political system has influenced a lot of our relationships with other nations, our traditions, but also the way the island has been able to grow over the years compared to our neighbors in the Caribbean.

The Dutch not only brought their political system, but they also brought their food, their drinks, their festivities, and influenced our way of living our day-to-day. Now we have Dutch pancakes to enjoy and Dutch-style fries forever.

Venezuelan arepas, Dominican rice and beans, or Latin-American/Caribbean patties, are all dishes that were once brought by different nations and are not inextricably connected to Curaçao’s cuisine. It doesn’t matter what restaurant, café, or food truck you visit. You’ll always find one dish that was influenced by a Latin-American country. Take for example La Boheme in Punda offers a variation of Venezuelan arepas for visitors and locals alike.

As an island that was once the center stage for the slave trade, it should be no surprise the Curaçao culture has a rich African heritage. If you visit the Kura Hulanda Slavery Museum you can learn a lot about the history of it. A history that can still be seen in today’s age. The traditional music of the island, tambú, uses many instruments known in the African culture. Local crafters have also used this influence to inspire them to create beautiful jewelry that turns into special souvenirs and gifts.

Many wouldn’t expect that a tiny country like Curaçao could be prone to American influences. We are though. There has been an increase in American tourists, but since the introduction of cable TV, the younger generation has adopted a lot of the American pop culture. Now it’s important to note that Curaçao doesn’t have many local channels, so it’s almost inevitable to have young people start adopting what they see on T.V.

One of the most notable influences is how young people will often choose to speak English with each other instead of Papiamentu or Dutch. Same goes for music, television entertainment, and fashion style.

Papiamentu, the local language of Curaçao, has evolved highly over the years. The language has a complex structure, but it’s believed that the base of the language is Afro-Portuguese.

During the slave period on Curaçao, the Dutch West Indian Company were bringing slaves from West-Africa to Curaçao that had an Afro-Portuguese vocabulary. Curaçao’s culture also consists of Portuguese Jews that probably also influenced the local language back in the day.

Curaçao would not be what it is today without the influence of all these nations. Curaçao’s culture was built by the bricks every nation left, which makes it the vibrant and happy country that we all love and respect.

Join our City Walk through Willemstad and discover the story behind all the colorful monumental buildings. For about three hours a local guide will take you to the most significant sites in Punda, such as Fort Amsterdam, the Queen Emma Floating Bridge, and experience one of the icons of Curaçao: The Blue Curaçao Experience. While walking through the cozy streets downtown Punda you will come across beautiful 3D artwork made by local artists. Walking shoes ready? Let’s go! 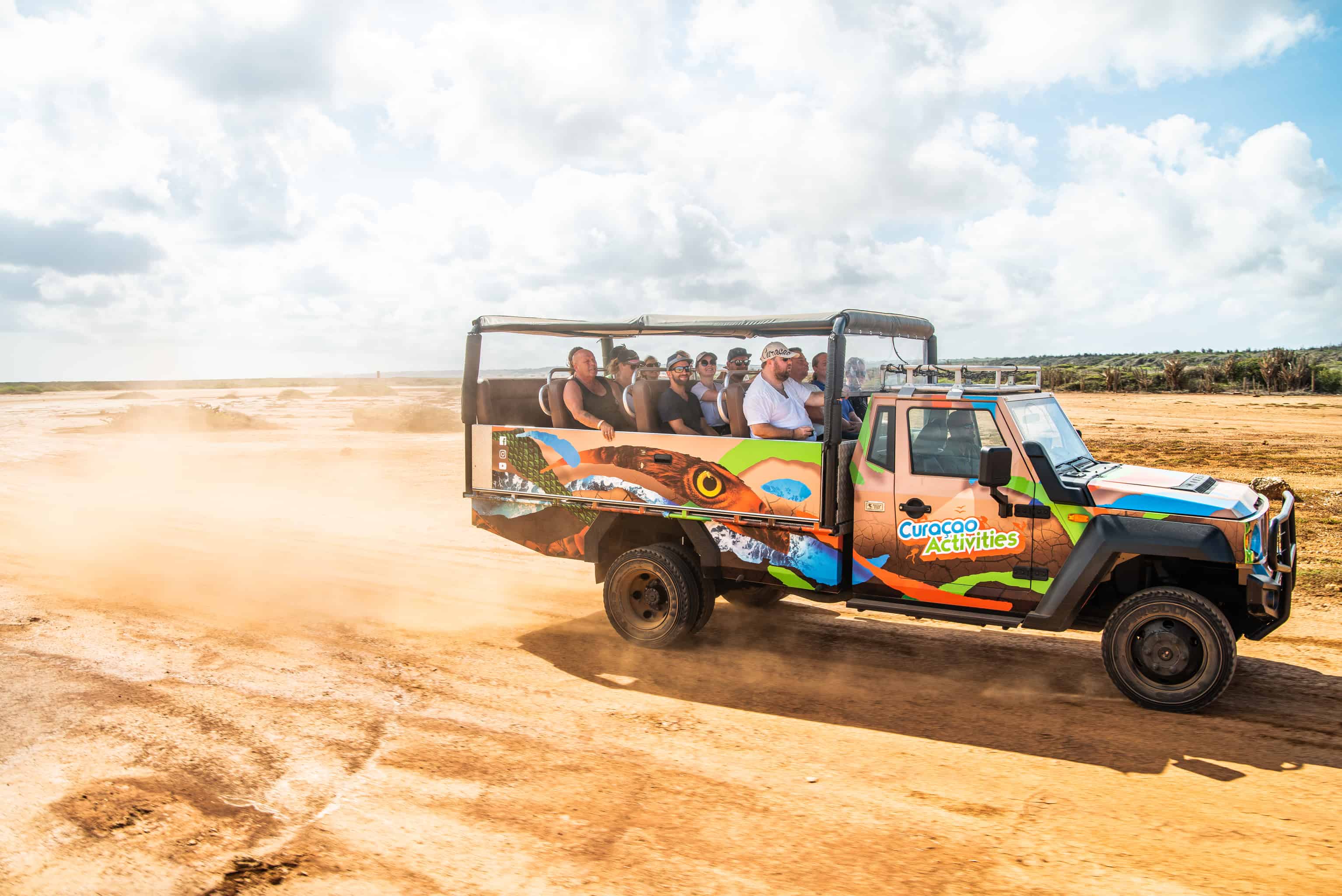 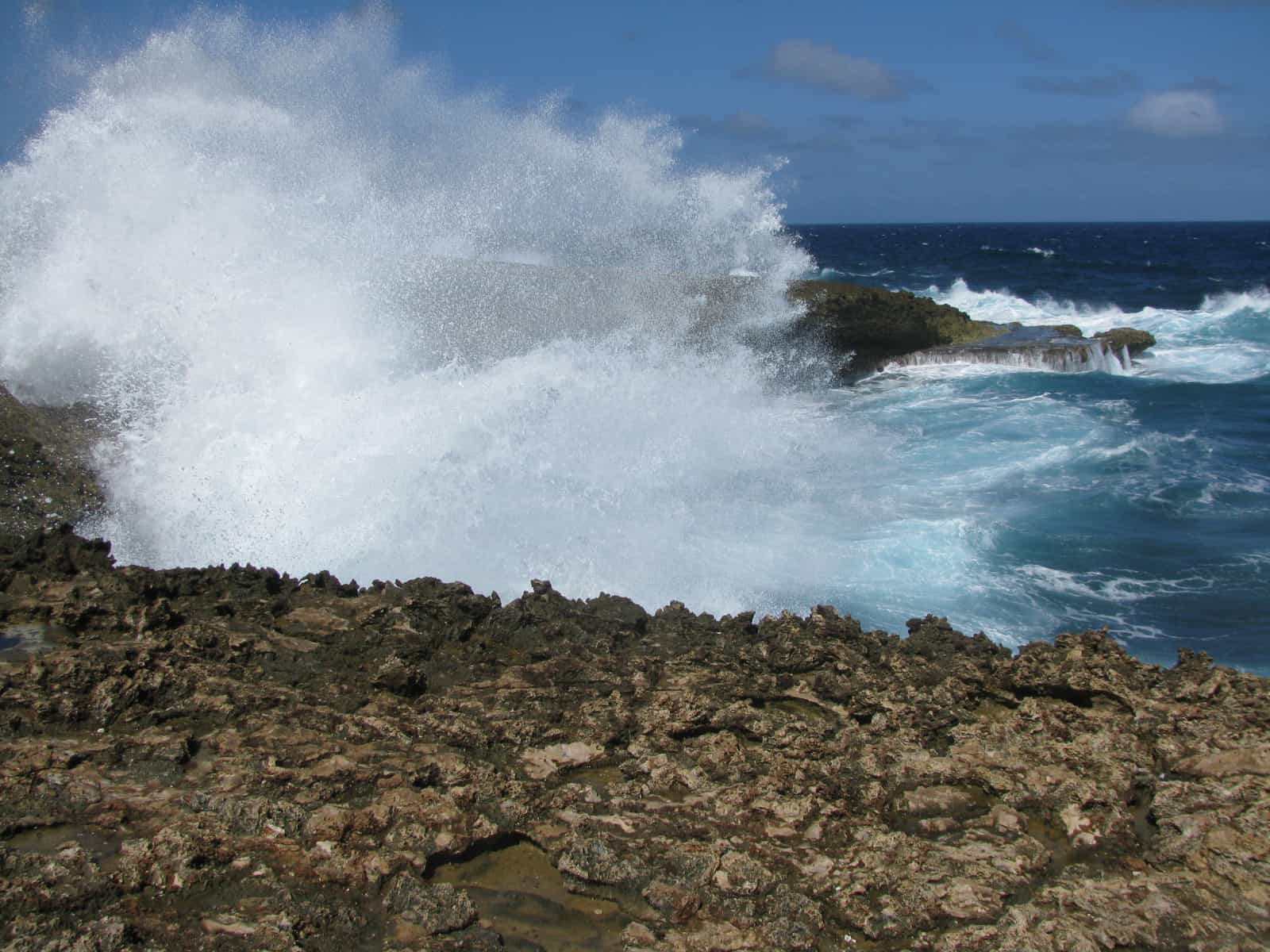 Discover the highlights of Curaçao and immerse yourself in the rich history of the island, its colorful culture and natural phenomena. For seven hours long a local guide will escort you from east to west, from Jan Thiel to Westpunt. What are you waiting for? Get on the bus and explore Curaçao!