Sailing from Shipwreck to Shipwreck with BlueFinn

My Friday started at 9:30 sitting at the Mood Beach bar. The sun was shining, fresh breeze blowing, bringing the smell of salt in the air, and watching the pier. By 9:45 the stunning BlueFinn Catamaran sails into the Cornelia Harbor. Soon we were all onboard and since we were a pretty mixed group of nationality, Captain Stein begins his introduction speech in English. During his speech, I was given a drink while Niels was busying getting us ready to castoff. This team of 3 was responsible for giving us drinks, food, and keeping us safe it was important for us to be nice to them, as Captain Stein said.

Once out of the small harbor by Mood Beach there was nothing to my right but the open sea, with fluffy white clouds, and blue skies. To my left was the southern coast of Curacao, as we sailed to the east, passing by Mambo and the Sea Aquarium. Sailing towards our first stop the waves were calm and there was a nice breeze. It was smooth sailing and very soothing. By 10:15 we were at our first stop, which is just past the Dolphin Academy and where there is a shipwreck hidden below. This is also the Dolphin Snorkeling stop, where the Dolphins from the Academy come out with their trainers and swim next to us. Captain Stein informed us not to touch the Dolphins even if come up and touch us. Sadly, after waiting a bit the Dolphins were a no-show, as a group we decided we still wanted to see the shipwreck. The Dolphins were rebelling this day as they decided they would do as they pleased. This shipwreck was stunning and amazing how the ship was completely taken over by nature. It was covered in corals, with fish swimming around it, and this vibrant blue coral that just stood out. After half an hour we were back on board and ready to go to the next stop, the infamous Tugboat.

The Tugboat is a famous snorkel spot by Caracasbaai and has been in the water for decades. The story of the tugboat it was helping a big ship dock at the pier when it suddenly, and by mistakenly, dropped anchor, which ended poorly for the tugboat. Before entering the water, we were warned about the fire coral that lives on the tugboat and on the buoy next to the ship. Essentially, this is the water version on poison ivy, however, the pain lasts up to 6-8 weeks. In other words, enjoy the beauty that is the sunken tugboat but do not touch anything! As soon as I entered the water I was surrounded by schools of fish and not small fish that I am used too. There were these big fish, bigger than my feet, all around me. I was soon told by Niels that those fish were yellowfin snappers. Niels brought his special homemade fish food and the fish swarmed us. It was incredible to see so many fish, such vibrant colors, in so many different sizes, and different kinds. That Friday it was a relaxing day at sea, the sea was calm with a low current, which is unusual for our island. We were lucky to be able to experience one of the rare days the ocean is calm. Once onboard the BlueFinn we were given fresh pineapple as we sailed further into Caracasbaai to tie off. Here is where we had our delicious BBQ lunch by 12:30 and could just swim around.

By two pm we were in Spanish Water and touring around the villas here. The Villas of the Spanish Water are stunning, amazing, luxurious, and a true diversity of architecture. This is where we sailed for the next 45 minutes, the vibes on board were amazing, with great music, and good company. Especially, since I was alone on board I had a great time! Soon we were sailing back to Mood Beach, just over the horizon, over the island, there were dark grey clouds. They soon caught up to us, bringing a nice wind and the smell of rain. For the last ten minutes of this trip we were raining on, it is the rain season on the island. We got slightly, tiniest bit rain on but this didn’t spoil the vibe on the boat. In fact, we were all having such an amazing time we barely noticed. By 3:15 we were back at mood beach. 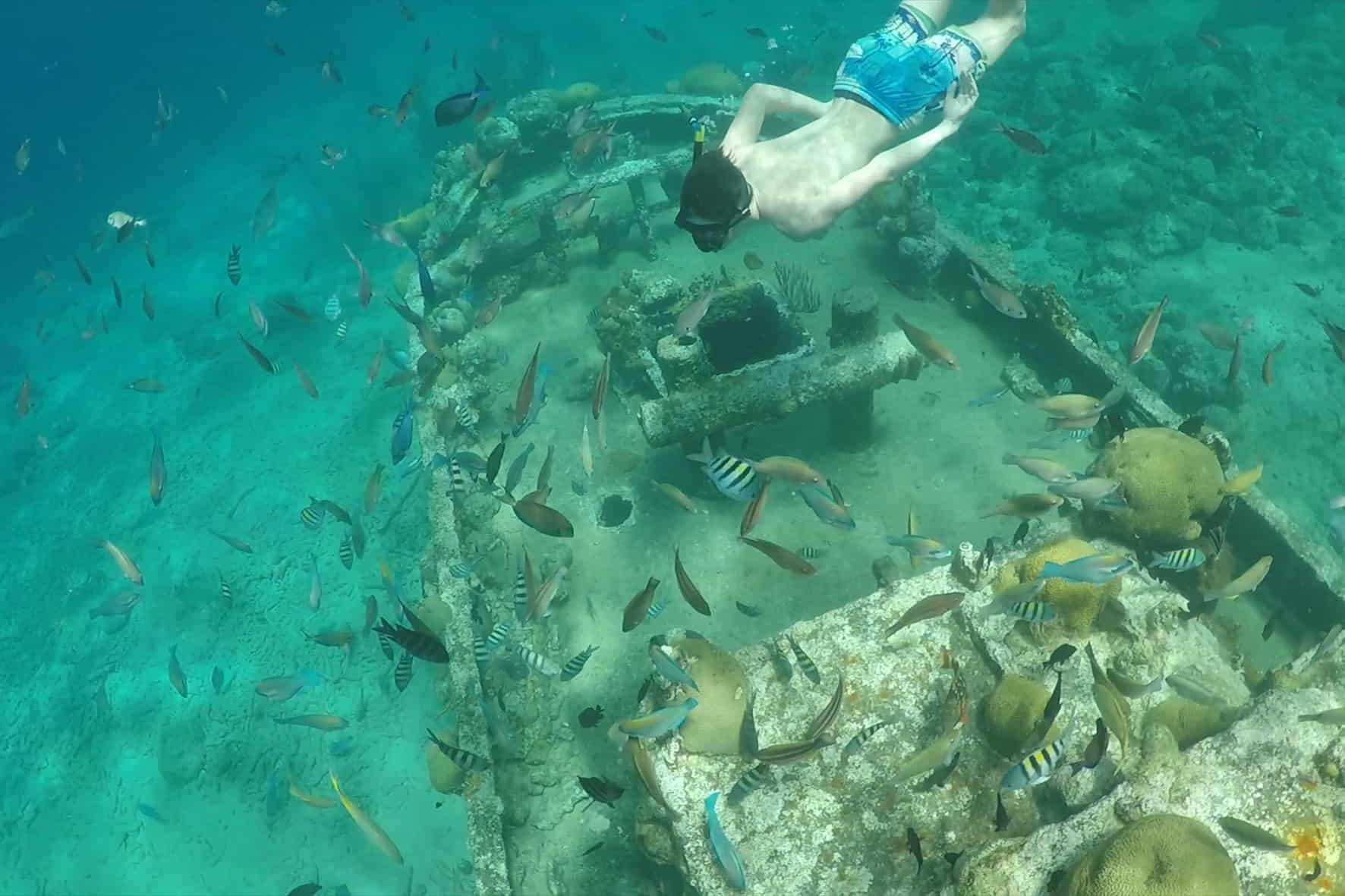 The underwater landscape of Curaçao is one to discover! Take your loved ones on a snorkeling expedition with Catamaran BlueFinn to the 3 most beautiful snorkeling sites on the East Coast of Curaçao. Enjoy an open water encounter with Dolphins!